06 Mar The History of the Spread of Formosan Termites

Posted at 02:19h in Local Pest Removal by Amanda Kaiser 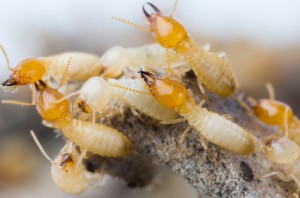 Got Termites? We Can Help Exterminate Them!

Termites damage homes all over the world, but here in South Carolina we face the unfortunate problem of having a destructive and invasive species from China. We’re talking about the Formosan termite, and at Island Pest Control we see these dangerous infestations more often than we’d like.

The Origin of Formosan Termites

These termites are just one of the many thousands of termite species known to man. Scientists first identified them in Taiwan, which is where their name comes from (Formosa is the old Portuguese name for Taiwan).

The history of Formosan termites invading new lands started when they hitched a ride to Japan in the 17th century. From there, the bugs took a permanent vacation to Hawaii in the 19th century. In addition to spreading to South Africa and elsewhere, they also made their way to the United States in the 1960s.

Formosan termites probably arrived at US shipping ports in Texas, Louisiana, and South Carolina. Today, they infest a wide area ranging from all of the Southeast and Gulf Coast region, including our Hilton Head communities.

Stopping the Spread of Formosan Termites

Once Formosans are found in a general geographic area, the pests have never been completely eradicated. Fortunately, though, our Beaufort County termite exterminators can get rid of them and treat your home and yard to prevent them from ever returning.

If you have foundation damage or any other symptoms such as blistered wood door frames or furniture, take action ASAP to inspect for and eradicate the termites. A thorough 58-point inspection by our educated and certified Beaufort County termite exterminators is your best chance to save your home!