Bats are flying mammals that are relatively small in size and there are more than 25 species found in the United States. They actually do a lot of good for the environment because they eat large numbers of night insects. Even so, that doesn’t mean that they’re harmless. 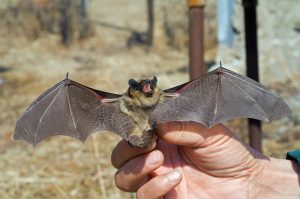 Humans consider them to be pests when they get into their homes for good reason. If you ever have a bat problem inside your home, professional bat removal will be necessary. This is something that you should not attempt on your own.

Bats and Their Associated Health Risks

Bats can pass diseases to humans and they can even be toxic to pets. They will often find their way into attics and when this happens, they can go undetected for quite some time. Their droppings can carry diseases, and breathing in the dust from their droppings can cause you to get sick. Other problems associated with bats include:

When bats find their way into homes, it’s usually by mistake. Try to chase the bat into a room with an open window. If you have a more serious bat problem, Island Pest Control can provide you with safe and effective help. Contact us.