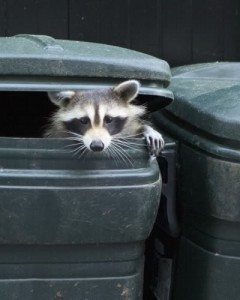 Unwanted, pesky wildlife can find its way onto your property or into your home. These critters can cause major damage to your property, as well as carry many harmful diseases. Additionally, these animals can become aggressive and become a danger to you and other inhabitants of the building. It is unacceptable for these pests to plague your life, and for this reason, Island Pest Control offers their Nuisance Animal Removal, or Wildlife Removal. Wildlife Removal services are very similar to animal control services, in that they require trained professionals to come out to your property and live-trap those pesky animals.

Many different kinds of wildlife qualify for Island Pest Control’s Nuisance Animal Removal Service, and they include the following:

The nine-banded armadillo lives in a dozen southern states including South Carolina. These critters can carry leprosy. Most complaints having to do with armadillos involve their destructiveness; armadillos live in burrows that can be up to 25 feet long, and these burrows will ruin your meticulously manicured lawn. Tunneling armadillos can also damage the roots of shrubs and trees in addition to damaging concrete slabs that make up your home or commercial building foundations. Armadillos feed on various invertebrates including grubs and insects, and they dig holes while hunting for their prey.
Many people with armadillo problems will initially try to solve them by getting rid of the armadillo’s food supply. Armadillos love to eat mole crickets, which are a pest in their own right. Eliminating the mole crickets may encourage the armadillos to hunt and dig holes somewhere else. Wildlife removal is the other method for dealing with these nuisance armadillos, and here at Island Pest Control we can trap your armadillo pest, in a way similar to how we would trap a raccoon, thus solving your pest problem.

Opossums have the distinction of being the only marsupial (or pouched animal) in North America. They are also known for their ability to feign death. Opossums are omnivorous and will eat carrion which means they will often dig through garbage or waste disposal facilities of suburban areas. Opossums also steal pet food and can get into fights with pets. Adult opossums weigh around ten pounds, making them roughly the size of a house cat. Opossums can become nuisances by infiltrating your home or by creating a habitat under your porch. They are dirty, malodorous animals that carry a number of diseases and parasites.

The best way to get rid of an opossum is through the wildlife removal services offered here at Island Pest Control, mainly: trapping. Opossums can be caught in the same kinds of traps used for armadillos or raccoons. As opossums are omnivores and scavengers, almost anything we use will work as bait.

Raccoons are omnivores famous, or notorious, rather, for their curiosity and dexterity. These pests are nosey and will get into just about anything: trash, garages, under porches, etc. Unfortunately, raccoons often have rabies. To make matters worse, a rabid raccoon often shows no symptoms, so you will have no way of determining just how dangerous the racoon that plagues your home or commercial building is until it’s too late. Raccoons can, of course, transmit rabies by biting, and the virus can attack many mammal species — including humans. Because of this, raccoons are extremely dangerous to you, your family, and your pets.

Not only are they dangerous, but raccoons are also among the most destructive animals in South Carolina; insurance companies throughout the US pay $2 billion dollars a year to cover damage caused by raccoons. They have been known to damage attic vents, tear up ductwork and insulation, and dig up yards. They can also make a mess of your trash and spread it throughout your property

At Island Pest Control, we typically trap raccoons. The trap used is 36 inches long and made of wire. We use Have-a-Heart traps.

There are about a dozen species of squirrel in the United States, and they fall into two broad categories: ground squirrels and tree squirrels. The Eastern Gray Squirrel, which is a tree squirrel, is the most likely to become a nuisance. These critters like to nest in buildings and can therefore be extremely destructive. They are especially fond of attics. As rodents, they can chew holes in walls in order to get inside a building. They also gnaw on power lines; a fire hazard that is very dangerous to all in close proximity. Squirrels also urinate and defecate in their lair which causes a very foul odor, thus attracting more squirrels and making you and other residents nauseated.

Our wildlife removal jobs for squirrels involve: not only trapping these pests, but also squirrel-proofing the building, so that more squirrels don’t move in and cause future issues. Squirrel-proofing requires locating and sealing off all possible entry points, especially those that lead to the attic.

At Island Pest Control, we are experienced with, and dedicated to wildlife removal. We can offer you the best possible fix for your unique pest problem, and get your home, office, or any other building critter-free so you can get back to your busy life as quickly as possible.

If you hire us and at the end of 30 days you aren’t 100% HAPPY, we’ll come back and retreat your home for FREE. And we’ll keep treating it for free until you tell us you’re happy. After 30 days, should you still not be satisfied, we’ll continue to provide service at no additional charge until you are satisfied, or we will refund your last regular service payment.

Have Bugs? Let Us help!